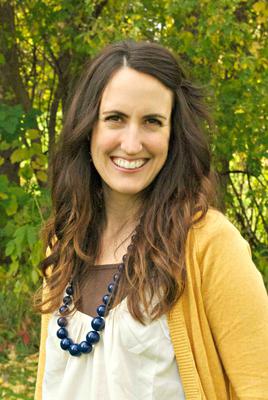 When I was young, I never worried about my weight. I was thin. Very thin. So thin that my mom would constantly be watching me to see if I was eating and to see if I had an eating disorder.

In reality, I loved food! I ate whatever and whenever I wanted.

As a teenager, this was McDonald’s nearly every day. Have you ever seen “Super Size Me”? That didn’t happen to me. Granted, I didn’t eat EVERY meal at McDonald’s like Morgan did in the documentary but I still had it a lot.

I couldn’t put on weight. I weighed between 110-115 lbs throughout my teenage years. I was 5’9.5”. This was great for my aspirations of becoming a runway model and I even began training for it at a local modeling school.

But… People would shake their heads at me and tell me – “One day, it will catch up to you!”

Guess what – one day it DID catch up to me but not in the way they probably meant.

Before I was pregnant with my first child, I was 20 lbs under weight. I was carefree and living a life I thought I wanted. But baby changes everything….

I gained about 50 lbs during that pregnancy – which was actually okay for me considering how low my weight was to begin with. I assumed it would all come off right after birth but I kept replaying the words of those people warning me about it catching up to me and I was slightly worried.

I breastfed my son for the whole first year of his life and guess what – even though everyone told me I would lose weight faster while breastfeeding, I did not. There were probably about 30 pounds that didn’t come off.

During that first year of motherhood, while I was holding on to that “extra” weight, I began learning about diets for the first time in my life. The one that resonated the most with me was the Zone Diet – maybe a little bit because that was the one Jennifer Aniston was on.

I learned all about balancing proteins with carbs and fats and I loaded up on the Zone bars. I felt better than I had in a long time but was this long term? I didn’t last very long eating like that so I was relieved when I lost 10 pounds after I stopped breastfeeding. It effortlessly fell off.

Am I making you hate me yet? Keep reading…

About 6 months later, I weighed about 125 pounds – and I probably shrunk about a half inch in height since high school. My diet was pretty yucky again and I freely ate whatever I wanted to – loads of fast food and baked goods. My weight wasn’t budging. Why should I change?

I was exhausted all of the time – no energy. I felt like I was going, going, going and just blamed it on the fact that I was working full time for an insurance agency – somewhat stressful, right? My little guy was in daycare four days a week and when I’d pick him up, he would be so grumpy because he was exhausted too. I rarely got to see my happy little boy anymore. It was tough.

I never considered that my diet might be needing some cleaning up - it just wasn’t even in my sphere of thinking at the time.

Over the course of the next 4 years, many major life changes happened and my diet stayed the same. I was lacking in energy but didn’t know that this was abnormal because I had felt this way for years. I had two more children during that time and tried a few more diets – one of which I really loved and felt great while doing it. This was by the co-creator of “Super Size Me” – Alex Jamieson. At that point in my life, I found it really hard to stick to and I really didn’t care very much yet.

However, “IT” was coming…

I began gaining weight – not just baby weight. About two months after having Baby #3 – my energy was at an all time low. I had a foggy brain and… I was gaining weight! Huh?!

After seeing a pattern with all three of my children, I had learned that my body held on to about 10-15 lbs extra weight while I was breastfeeding and I wasn’t going to stress about it. It would just come off once I stopped, right?

Well, why was I gaining more weight??

I was eating crap so I felt like crap.

For the actual first time, I needed help with what to eat. I realized that I was very clueless. I decided to start with what I had known from scriptural teachings. I googled my morning away and felt overwhelmed. I decided to take a break and checked the mail. In it was a magazine for women over 50 that I had somehow been subscribed to. I thought I’d skim through it while eating a bowl of cereal just to see if there was anything interesting in it.

In it – I kid you not – was a full article about clean eating!

This was the first time I had ever heard of this concept but it was exactly what I had been searching for online all morning! Coincidence? I don’t think so. In fact, I don’t believe in coincidences anymore.

I absorbed it all and loved the easy to follow tips. I was introduced to Tosca Reno and her Clean Eating Diet books and I seriously felt like I couldn’t get enough of it!

I immediately started applying the clean eating ways to my life and within DAYS, I felt like a new person. Guess what I had done? I didn’t realize it at the time – probably because it wasn’t as common of a thing back then – but I had done a detox on my body.

I have a major sweet tooth but after a few days of eating those real foods, I didn’t even crave sugar. I was so surprised and excited! THIS finally felt like something I could do! I felt so good that I didn’t even want to go back to eating the other food again.

I started learning more and more about nutrition and talking about it with lots of people - it was just so exciting to me! I loved sharing what I was learning and loved hearing about how people would try the things that I would tell them about and get great results!

About two years later, I had an overwhelming realization that THIS was what I was supposed to do to help others improve their lives and overall well being.

At the time, I was about 7 months pregnant with Baby #4 and felt overwhelmed with the thought of going back to school. I immediately began searching about how I could do this and stumbled upon The Institute for Integrative Nutrition – the largest nutrition school in the world.

Why is it the largest? Several reasons but one is because it had grown so much that they switched to an all online curriculum. It was a year long program and the next start date was a week before I was due. I knew it was where I needed to train.

After considering several factors, I signed up for the March 2012 class.

I have since learned about how food is often used as a bandage or a crutch. I realized that my eating habits when I was a teenager weren’t just because I liked the food - I was trying to self-sabotage to cover up deep emotional pain that I didn’t even fully realize was there. I didn’t love my body and so I acted in a way that was destructive to it. I also realized why some of the other diets that I had tried didn’t last long for me.

My body was unique and once I realized which foods were right for MY body, I began to thrive!

I have been able to heal many of the emotional scars from my childhood and even my early adult years by using some of the techniques I have been taught both in and out of school.

My life has changed significantly!

I am more confident.
I am more emotionally stable.
I am a better wife and mother.

Ultimately, I am more healthy in every aspect of my life – not just what I put into my mouth.

The best part is – I’m not finished yet. I am constantly healing and evolving.

It makes me excited to live! No more day to day blahs.

This life is not a dress rehearsal – it is my one shot. I will LIVE it.

I am so glad that “it” finally caught up to me!

It isn’t always about the food that you are putting in your mouth. Oftentimes, that is just what is visible to you.

What is going on deep inside?

Why do all the things you’ve tried in the past stop working for you?

Just like my stint with the Zone Diet and others – it happens all the time!

I have been overwhelmed by the changes I have seen in my clients and I deeply love the work that I do.

If any part of my story has hit home for you, please let me share what I have learned with you.

Let me help you transform your life into what you want it to be. Let me help you find that balance where you are lacking. Let me hold your hand until you can step, confidently, on your own.

I look forward to hearing YOUR story.

Read in Your Language

Disclaimer: This website is designed for educational purposes only.The entire contents of this site are based on the opinions of the author and are not intended as medical advice or to take the place of a one-on-one relationship with a qualified physician or health care practitioner. Please seek the advice of your physician or health care provider if you have an issue of medical concern.