Holistic Natural Health practitioner for the past 29 years! 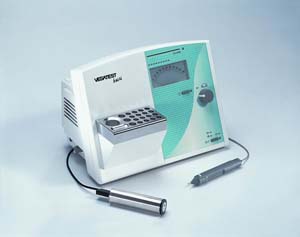 There are many good-news stories I could share with you, but I choose to relate this which happened a few months ago. I practice many therapies but on this occasion I was Vega-testing a new male client aged 71. He had come because his friend had been to my Clinic with a very successful outcome.

Vega-testing is a bio-energetic regulatory technique that has its roots in homeopathy and acupuncture. It's a fusion of cutting-edge western technology and ancient Chinese medical knowledge that's able to detect abnormalities and imbalances of energy within the body long before they manifest themselves physically as disease.

Back to the male client. At intervals during the consultation I picked up an audible "whistle" along with slight cyanosis noted. He said he felt perfectly fine with no health issues!

On conclusion of the Vega-test I suggested I check the "Arterial Index" using "Vital Vision" which is a test I brought to Ireland for early detection of Heart disease. The index runs 1-8 with an 8 being an indicator of Heart disease. On all 3 tests he read an 8.

As I began to explain the potential significance to him, he interrupted saying : "I forgot to tell you I had a Coronary by-pass 6 months ago and I am on medication" which he had also omitted to reveal during the intensive questioning. How you could forget, I am not sure!!

Where I would normally suggest lifestyle changes, diet, exercise and herbs, I chose to hand him his report and request he return to his Cardiologist as soon as possible. He was not due for review by his Cardiologist for another year.

This was a compliant gentleman who followed my advice. The Cardiologist was unfamiliar with this test but did some medical checks on his visit. In conclusion, she told him: "this test has saved your life because by the time you would normally be due back to me, you would probably be dead as significant change has taken place."

She made some medication alterations and he is now doing fine. Saving one life, improving quality of life, is why I am doing what I do. Should you have any questions, please do not hesitate to contact me at "kathleenward@eircom.net"

Read in Your Language

Disclaimer: This website is designed for educational purposes only.The entire contents of this site are based on the opinions of the author and are not intended as medical advice or to take the place of a one-on-one relationship with a qualified physician or health care practitioner. Please seek the advice of your physician or health care provider if you have an issue of medical concern.